How to Use Quotations Inside a Quotation? 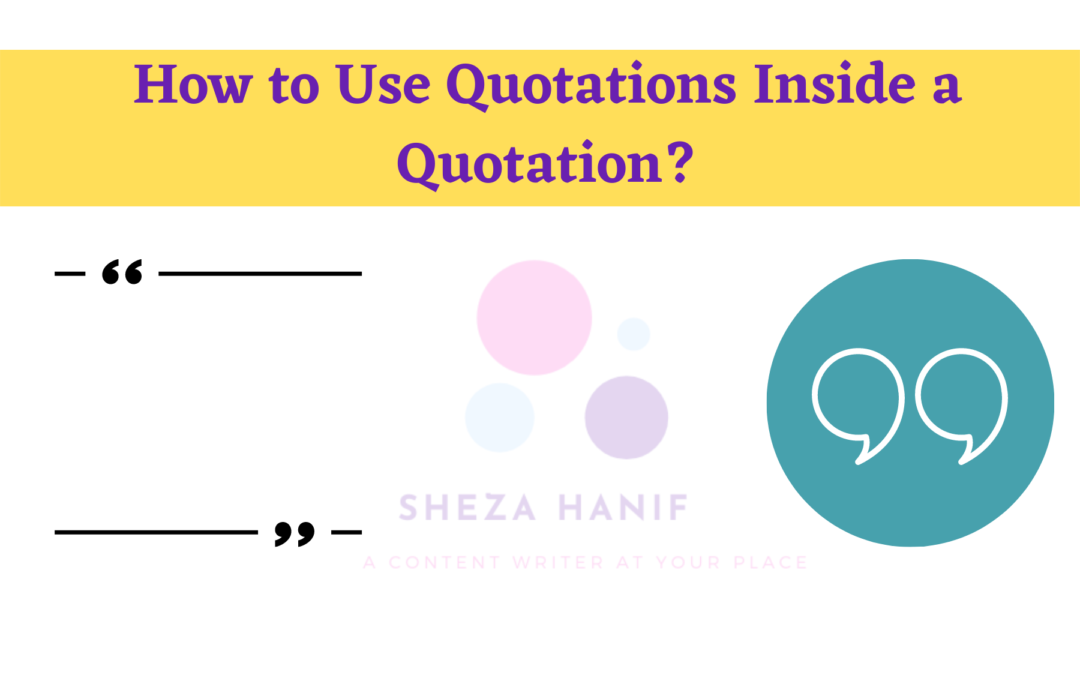 Quotations and quotations inside a quotation in British English are both done using single quotation marks.

Although quotation marks appear complicated at first, they aren’t so bad once you grasp the fundamental concepts. But what do you do if you have quotations inside a quotation? Continue reading to discover more.

Quotations Inside a Quotation

Why would you ever have a quotation within a quotation? There are several reasons for this. For example, a character in a tale may speak aloud from another person’s words.

“Let us look at the phrase ‘Do unto others as you would have them do unto you,'” said the instructor.

Let’s assume you’re looking for a quote to use in an essay, and the material you want to include is from another source.

Imagine if the book’s first passage was written like so:

Pop was a firm believer in many things. “There’s no such thing as a free lunch, Jimmy,” Pop would say, but it seemed disingenuous because he wasn’t much of a lunch eater, to begin with.

When you utilize this quote, you may remark:

In the book’s opening, the author recalls a recollection of his father. “Pop used to say, ‘There isn’t such thing as a free lunch, Jimmy,’ but it appeared a little disingenuous because he wasn’t much of a lunch-eater in general.”